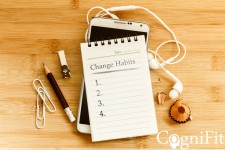 NEW YORK, January 17, 2019 (Newswire.com) - Cognitive performance is directly affected by mood, stress, physical and psychological health. The brain has many neurons that respond to the different stimuli throughout the day. These neurons operate as a network. When the stimulus is presented, a specific neuron receives the information and then connects the brain parts needed to process the stimulus in the brain. For this to happen correctly, the brain’s cognitive function must be healthy and performing at an optimal level. Brain plasticity, the ability for neurons to regenerate and form new synaptic connections, plays a key part in this. If a neural network is lost, it cannot be fixed, but other networks may be created through different habits. Sandra Bond Chapman, Ph.D. at the University of Texas, states that when new interests are developed, hobbies and habits pursued and specific brain exercises are performed, then the brain's ability to become more proficient is enhanced as well as other cognitive skills such as memory and attention.

For the past 20 years, CogniFit has been working to optimize brain function and train over 20 different cognitive skills. A world leader in neuropsychological testing, brain training, and cognitive stimulation, CogniFit has been training, cognitive skills related to habits and hobbies such as reasoning, attention, memory and speed processing. Furthermore, it knows the importance of new habits to optimize neural connections.

CogniFit Clinical Psychologist Alejandra Salazar says that “trying new things can help your brain make new connections. Turning new experiences, such as a new type of exercise or engaging in regular brain training, can help your brain not only develop new neural connections but also maintain and reinforce existing ones. This keeps our cognitive skills working at their best and helps delay cognitive decline. The benefits of incorporating new habits into our lives are not only related to brain plasticity, but they increase endogenous variables that directly affect our cognitive skills, such as mood, physical well-being, and happiness. The connection between body and brain are important, therefore engaging in habits that include both have immense benefits in our day to day life.”

Habit formation is a process that takes time, and old habits die hard. However, after reviewing the brain benefits of the mentioned habits, it is undoubtedly important to start putting them into practice.